Claus out for a bargain! 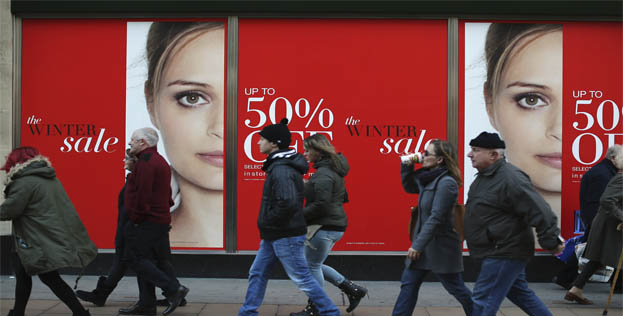 If you’re chomping at the bit to get to the sales, you don’t have to wait until Boxing Day. Instead go online for deals this Friday – known as Black Friday. Traditionally an American trend, where online stores offered huge discounts for 24 hours only, it’s now taking off in Britain.

‘Like Halloween, which has crept here in a big way, Black Friday has crept here too,’ says Martin. ‘It started with the big American-owned stores – Apple, Asda and Amazon. This year, I’m predicting that Currys, PC World, and John Lewis will do it too.’

If you miss out on Friday’s fun,  don’t worry… there are also bargains to be had the following Monday, known as Cyber Monday.

‘The whole point of it is there are very short, very hot deals. You’ll have massively reduced TVs and electrical items.’ 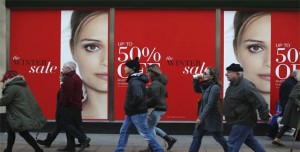 Using his Christmas Deals Predictor – a calendar of when retailers might offer bargains – Martin suggests that Habitat, Gap, Kurt Geiger, M&S and Figleaves will be the first to start discounting their stock in the run-up to Christmas, so keep an eye out!

And he’s tipped Argos, Boots, Sainsbury’s, Aldi, Miss Selfridge, and Evans to join in, offering bargains, not long after.

In December, expect a fiver off at Argos when you spend £50, a predicted 25 per cent off Sainsbury’s Tu clothing range, and a 25 per cent discount code off Thorntons.

With Martin claiming his Deals Predictor was ‘very accurate’ last year, this Christmas’s bargains should be more nice than naughty!